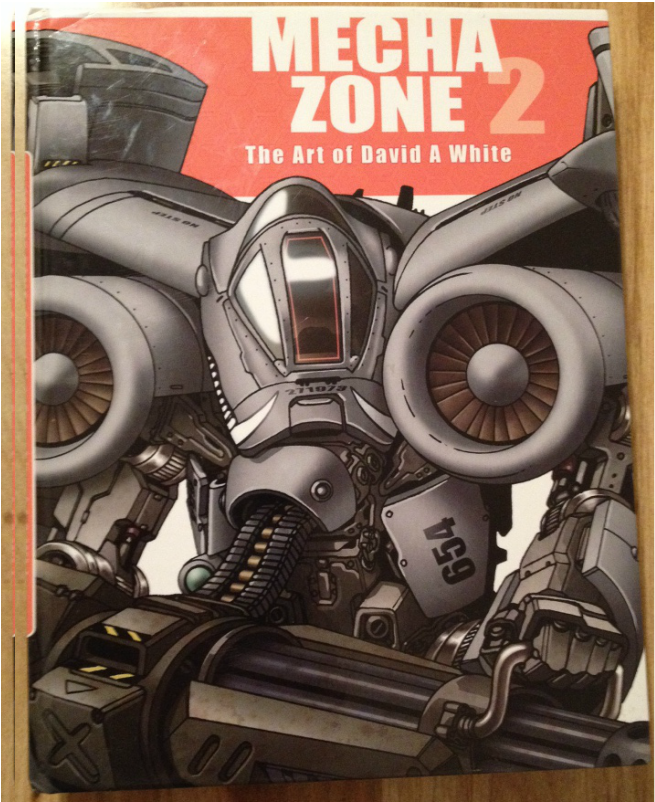 Being a guy who has always loved BattleTech and the Mechwarrior designs, it was a real treat to find that one of the artists known for drawing them in the BattleTech TRO (Technical Read Out from Catalyst Game Labs) books, also happens to publish a few books of his own.

Mecha Zone 2 is a 112-page hard cover by artist David A White. There was also a Mech Zone 1.5 as well that came out before this one. The book itself is nice and large, printed on very thick premium glossy paper and is packed full of great sci-fi mech designs.

Adorning the cover is an amazing mech based on the real world A-10 Thunderbolt II. By far it's one of the most impressive mecha designs I've ever laid eyes on.  I've always been an avid jet fighter aficionado, so the cover of this book really caught my eye.

The first section details some really nice mech designs, which have a real military flare about them. You look at them and think, wow I could really see the USMC or Army employing something like this in 10 years from now. The guy has a real attention to detail too.

Next up is a section called WarEagle Mechs. This includes a variety of designs he created for a client, many of which are very unique and unlike the traditional mechs I'm used to seeing. Some have an anime-like flare to them, while others appear organic in nature to me. The Asterion mech is the one that impressed me most of them all, with what appears to me like a thick rhino-like hide.

Before the last Tutorial section of the book there's a chapter called Freelance Mecha and TeamWork Mecha, which include some designs that never made it into a computer game, and about four designs he created for various clients which really stand out from rest of the pack.

I really found the last section devoted to a tutorial on how he created the A-10 Mecha to be the most intriguing. It runs about 24 pages, and covers everything from concept sketching to inking and everything in between, all the way to the final product. Very cool stuff. 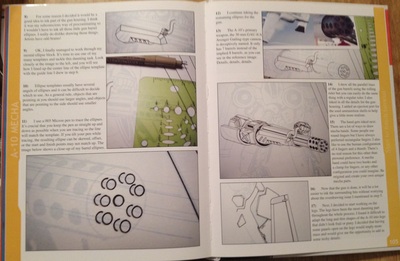 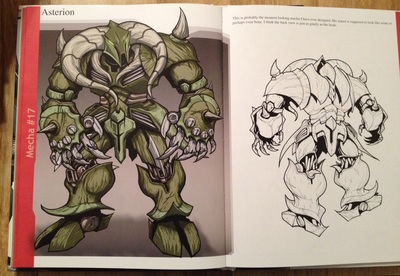 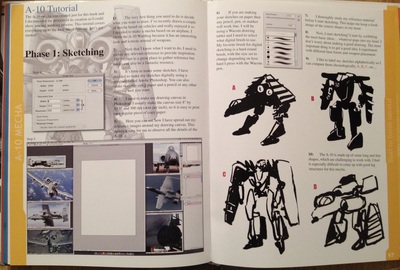 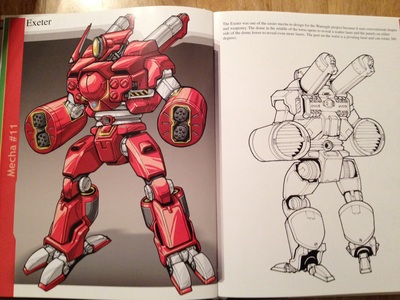 All in all this guy is really good, and it was a lot of fun browsing through the book. Upon browsing his website I also learned that he has even created designs for the Transformers War of Cybertron game. I'm yet to see a BattleTech design this guy has done that I don't like either.

At $20 it's a good deal. After all it is a hardcover to boot. There's about 24 designs in the book overall, and from cover to hardback cover, it really is a good read if you're just a casual fan of mech design. Check it out yourself over at his website, or on Amazon. He even has a pretty cool section over at Deviantart too.