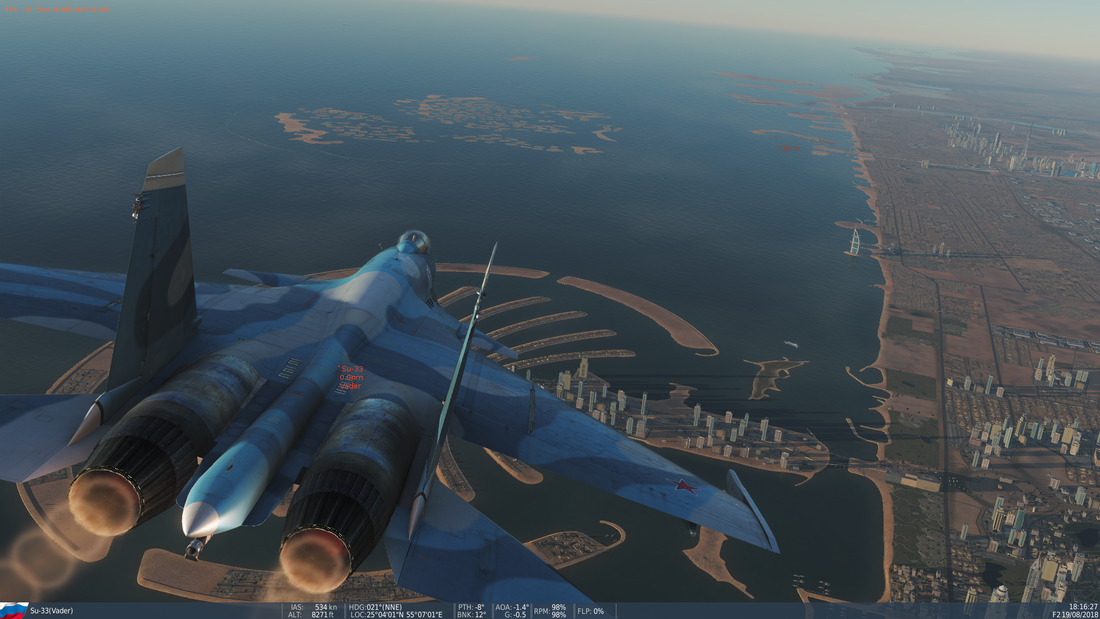 The graphics and terrain detail in DCS World out of the gate is pretty damn good. The terrain provided by the default Caucasus map includes scenery of south western Russia and Georgia. That's not my first choice for a map to fly over, but it has a lot of pretty scenery to offer, and it's free.


I've had my eye on the Persian Gulf map for a while now. After snagging the Flaming Cliffs 3 module I ended up with $10 in bonus cash with the DCS e-shop. So payday arrived and I figured why not. I snagged the Persian Gulf map for $39.99 instead of $49.99, due to the bonus cash I had saved up. They also just launched a Final Release Trailer for it about a week ago, which of course further enticed me to snag it. It and the pre-release videos are at the bottom of this article.

Here's a rundown of the fixes/improvements/features they listed at their website...

Liwa airfield and surrounding area in the UAE.

The DCS: Persian Gulf map provides an excellent playground for your DCS modules:

Critical source of 40% of world-traded oil, making it a historic and current flash point of endless possibilities

Thousands of kilometers of trafficked roads and rail lines

Although this map is now content-complete, we will of course to continue to support the map with fixes as required. We are now excited to focus on a new, free map for DCS World.


Here's also the original detail set listed by DCS World for the product as well...


200,000 sq km highly detailed map area that centers on the Strait of Hormuz.

As part of DCS World 2.5, this map include highly detailed terrain, textures, seas, and buildings.

13 accurately created airbases in Iran, the UAE and Oman. Airbases include a variety of landing aids that can include TACAN, VASI lights, realistic approach lights, and VOR.

Detailed cities such as Dubai, Abu Dhabi, and Bandar Abbas with unique buildings.

"Strong Hold" islands such as Abu Musa, Siri, and the Tunb islands.

Iran, the UAE and Oman will be added to the list of DCS World nations.

Varied terrain from towering mountains and valleys to desert plains.


I'm yet to see all of the sights, but what I've seen up until this point is awesome! The Dubai region alone is impressive. The number of buildings objects, and even detailed moving traffic down below adds to the already fantastic level of immersion that DCS provides. I've seen this terrain featured in countless YouTube videos of people covering DCS, and it looked great in the videos, but it really looks even better in person.


In addition to the scenery alone, you're also given a whole new variety of missions to fly for all of the aircraft currently installed. I think my only real complaint is that $50 is a lot for a map, that comes with a handful of missions. In their defense... I get it, Microsoft and X-Plane add-ons/modules of regions have been sold for decades in the $20-$50+ range too. It's clear that DCS is running with that similar business model, it's just that they're really the first military aviation combat/flight simulation to run with this business model, and it still takes some getting used to. 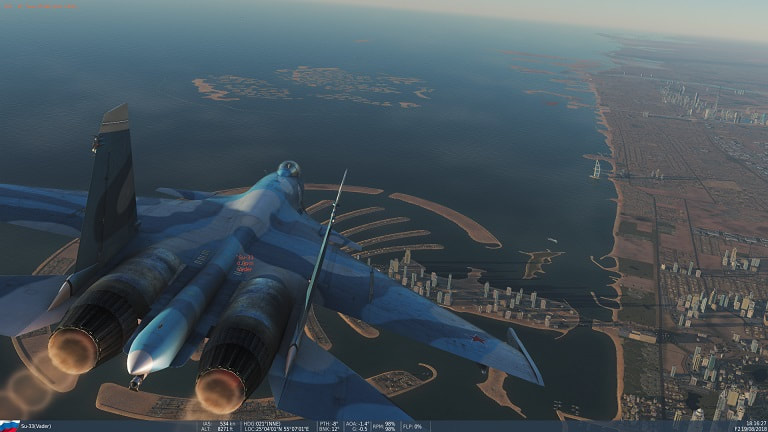 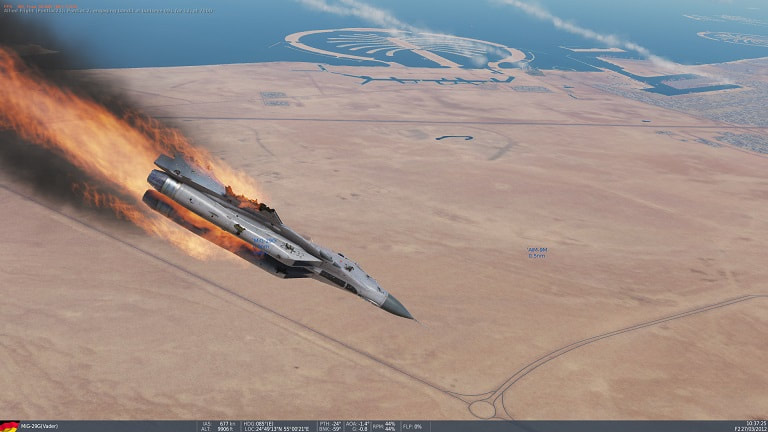 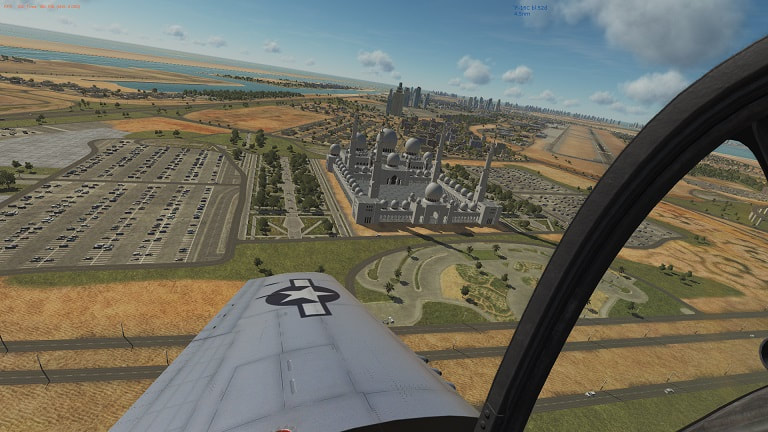 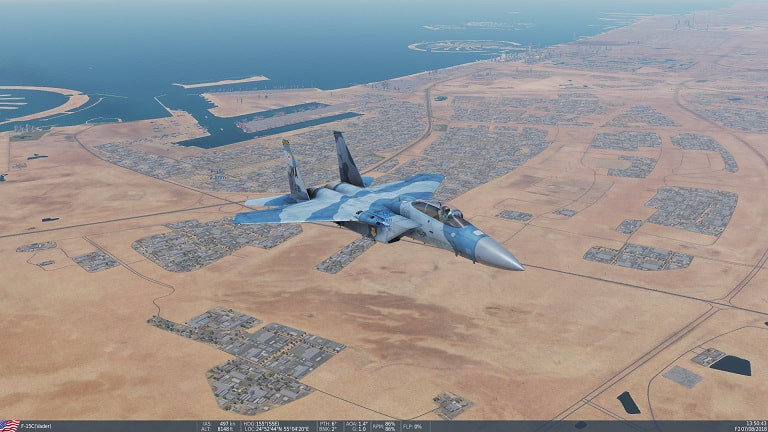 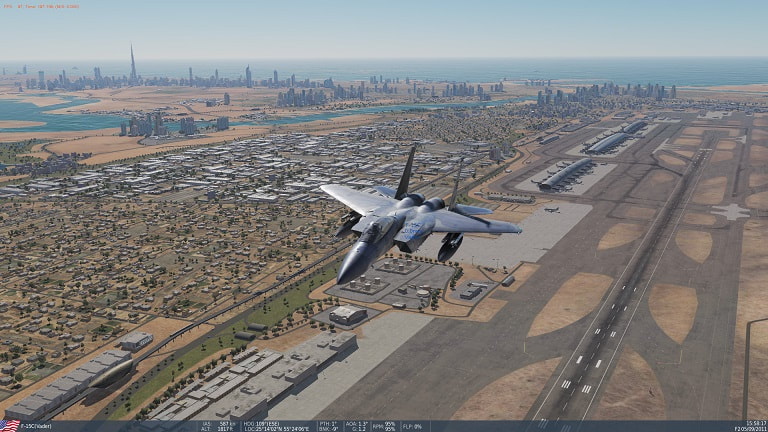 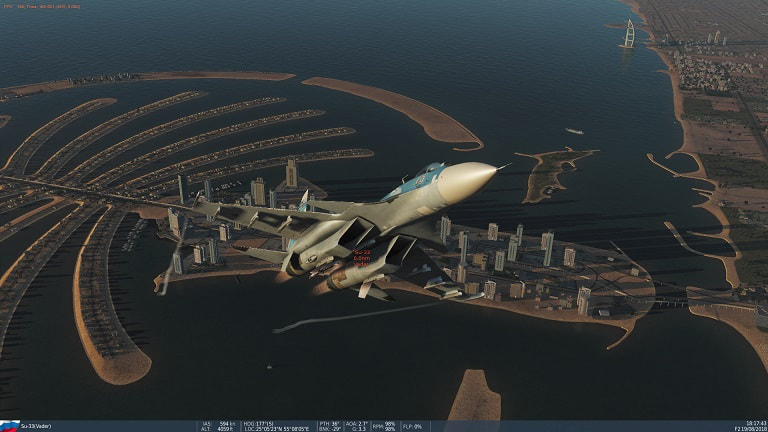 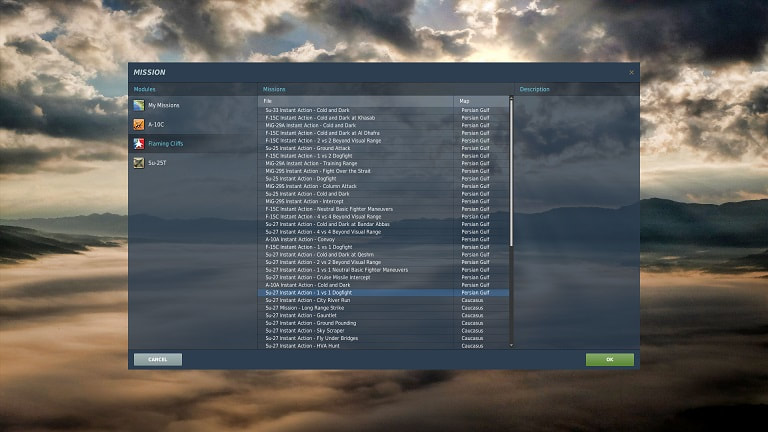 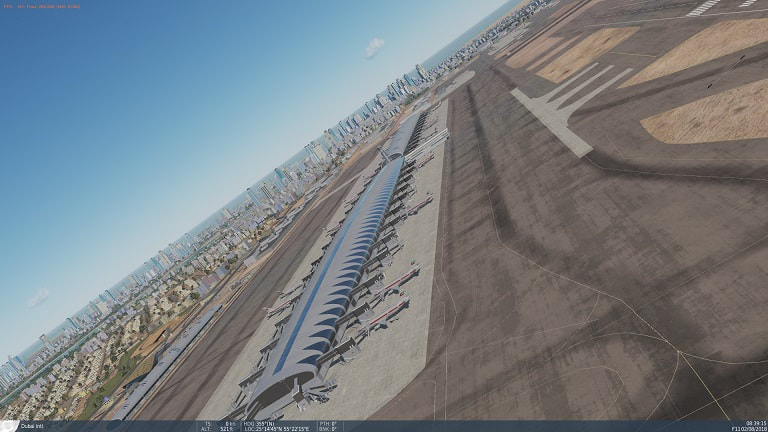 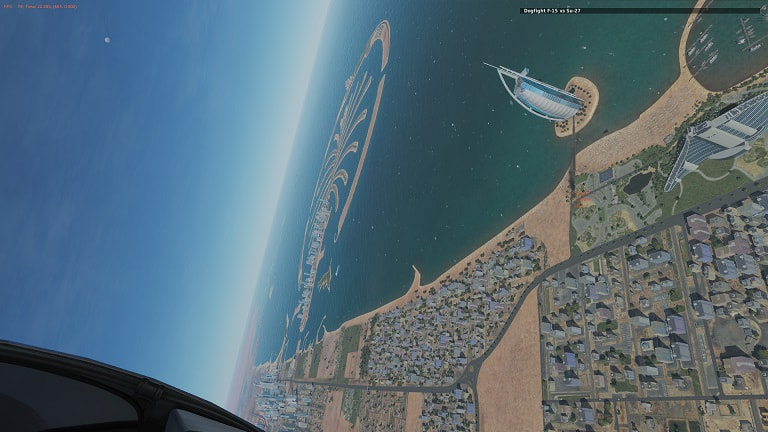 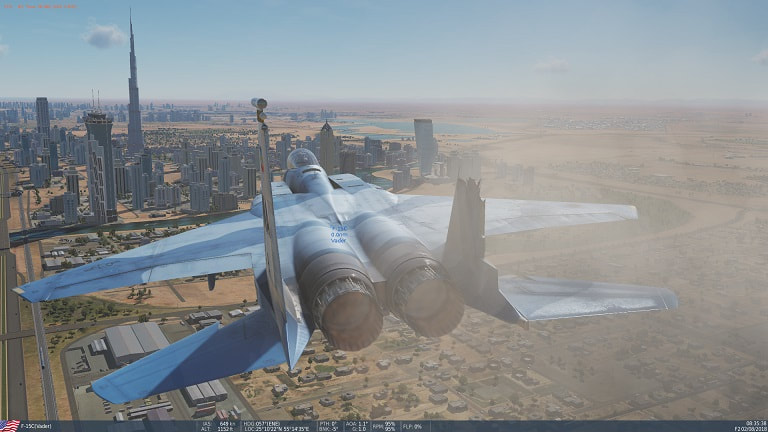 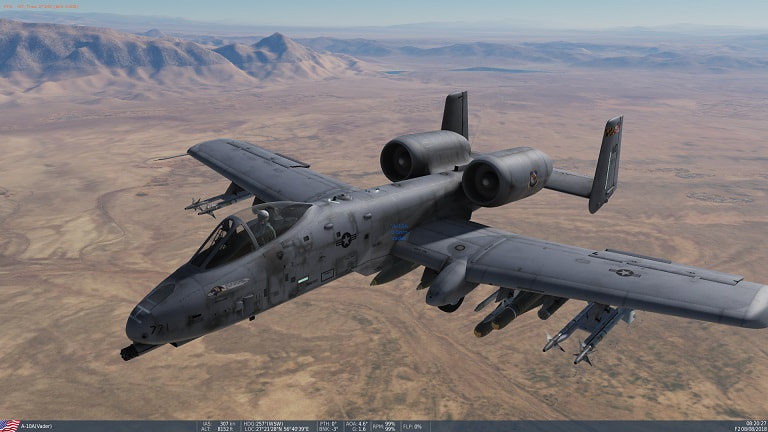 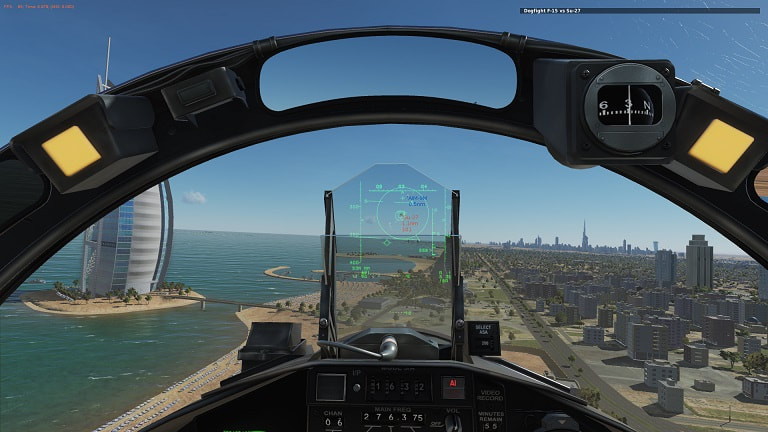 Recently I learned how much the TrackIR 5 is a game changer for DCS World, but damn so is the Persian Gulf Map map module! The only real issue some may have is that the frame rate drops a wee bit due to all of the objects, and the increase in overall detail on the ground in some areas. There's also a lot of open desert, and in those areas there shouldn't be much of an issue.


I noticed that I went from 74-130fps over the Caucasus region terrain to capping around 100fps over the Persian Gulf, and as low as 65fps in some instances over the more densely populated regions. That's not a game changer, and if I didn't have the frame rate counter up, I don't believe I'd have realized there was a dip in FPS at all.

Flight and combat still seemed easily as fluid and smooth as before, but the numbers do tell somewhat of a different story. I'd imagine this would have more of an impact on the VR user who may already be seeing only 15-30fps. At least so I've heard. There's also talk of a 50% boost in the coming weeks for VR users.

I'll also add that I do now see the value in buying from the DCS e-Shop, versus the Steam version. For every purchase you make (only at full price, not when on sale), you are given a set of amount of bonus cash for your purchase, which is based on what module/map/campaign you buy. The more expensive products offer more bonus cash, the cheaper ones much less. Also if you use bonus cash to buy anything, then you can't earn bonus cash on that purchase. Fair enough.


As it stands DCS World continues to pull me in. With Flaming Cliffs 3, the TrackIR 5 and now the addition of the Persian Gulf map I'm spending more and more time flying in DCS World, and less time in other products at the moment. They definitely have this whole
"drawing players in" thing figured out. As I wrote this the sale wasn't on yet, but as I'm posting this the sale has begun. God help my wallet! As it stands the Persian Gulf map is on sale for $39.99 at the moment, which is so worth it.