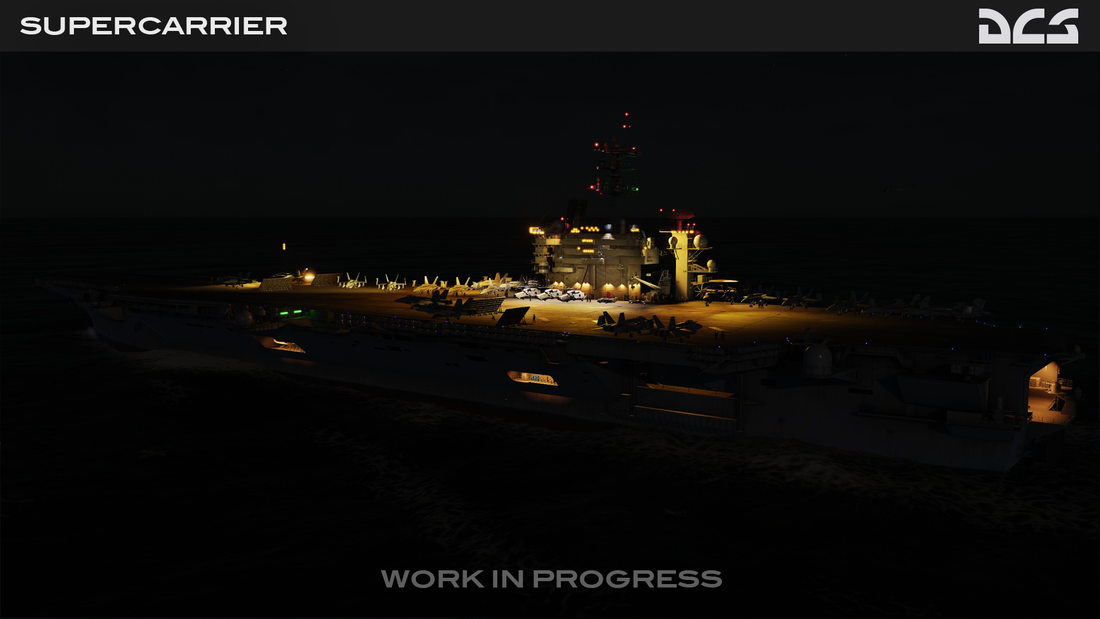 This is an interview I tossed together for Matt Wagner Senior Producer at Eagle Dynamics a little over a month ago, before the release of 2.5.6 Open Beta. A good number of these questions were those given to me by viewers of the WarGameGuru YouTube channel as well.

The question I've seen asked the most is...Is the Tomcat compatible with the Supercarrier?

We very much expect so, as does Heatblur. Both Eagle Dynamics and Heatblur see the enormous value of this and have been working closely together to make this happen at Early Access release.

What kind of content, if any will Supercarrier come with? Will there be Missions, Instant Action missions, any Campaigns with this, or is it basically like the WWII Assets pack for making all your own missions, only much more in-depth?

Just as with maps, mission content is a function of the aircraft modules. We do though plan to offer several DCS: F/A-18C Hornet missions that are based on the Supercarrier.

How will the other mini-games (Air Boss, Briefing Room, LSO station) associated with the Supercarrier module work too?

These are not “mini-games” but rather different locations on the ship that the player can move their viewpoint to. The Air Boss station will allow limited control of the boat like lights, barrier net, elevators, and steering. The Ready Room will allow mission planning, view PLAT camera, and arming in a 3D environment with voice chat support. The LSO station allows the player to occupy the LSO platform and view the PLAT camera.


Did the ED team visit any specific carriers during the development of this module?

No, that was not really needed given the wealth of information available.

Why did ED use keyframe animations instead of motion capture for their Supercarrier?


Will the elevators work?

Yes, but we are still deciding exactly how these would function gameplaywise. It will likely be a combination of automatic functions to open deck space for recovering aircraft and allow players in the Air Boss station to manually operate them.

Will ground personal assist during taxi, and parking, and can more than one plane be doing this at the same time?

Initially, deck crew will assist in the catapult operations. Later in early access we plan to add plan directors that will move the aircraft from parking to each of the catapults. We also plan animated plane directors to move aircraft out of the landing area.

Anyone taking advantage of Supercarrier to takeoff, land, use the deck crew, and ATC communication must own the Supercarrier module. If you do not own the module, you will still see it in a multiplayer mission, but you will be unable to use it. This is true for all players in a multi-crew aircraft. 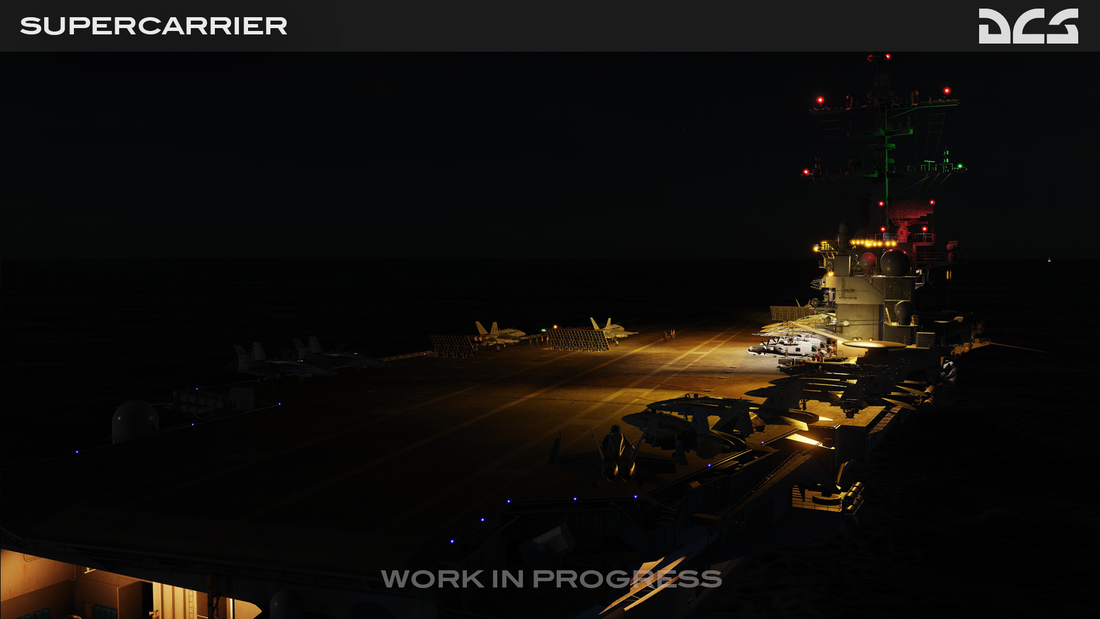 There was some backlash when the Viper was released in the state that it was, and the vocal majority felt that if this was a 3d party module, that ED may not have certified it for “Early Access”.

For a product we create, we are beholden to complete the product. Whereas with a 3rd party product, there is the possibility it could be abandoned. As such, we require 3rd party products a higher level of completion for early access release.

Yes, we have checklists for different products types that must first be satisfied. These were recently updated after the F-16C early access release. We are committed to not repeating that experience, even if it results in us delaying a product release.

In this modern information age we live in today.... how hard is it, or how much easier has it become, to gather much needed real-world data to produce a module for DCS?

It is certainly much easier than it used to be, but it can still be a great challenge, particularly regarding sensor and weapon systems.

There has been more sales by ED on product than ever before. I want to say there was 4 sales in 5 months time. Is everything okay financially at Eagle Dynamics? I'm not complaining, I'm just concerned?

This is no different than the past several years. We generally mirror the Steam sales between Halloween to the Lunar New Year.

More recently though, we have greatly expanded our sale events considering the pandemic. We hope this will make this difficult time easier for virtual pilots.


As DCS pilots continue to always tweak their systems, and upgrade hardware to gain those extra precious FPS in DCS World... the most important question is... How soon will we have Vulkan in DCS, and with your internal testing are you seeing that it can really utilize more cores and threads over DCS as it sits today, thus really giving us the better performance we are all hoping for?

We do not have a date projection, but it is large and complex project that we are devoted to. Once we have new information to share, we will.

Do you foresee Vulkan making AMD processors more viable than Intel in DCS in the future, or does the faster frequency Intel offering show marked improvement with Vulkan too?

Sorry, I do not know, and it is too earlier for us to test performance across different hardware.

Will we ever see an improved night-time scenario visually in DCS? At present things look pretty bad at night, more so in areas that aren't populated cities with illumination, and even then things look pretty washed out. Will the new graphics engine improve upon this?

This was recently updated in DCS World version 2.5.6. As the technology marches on, we will continue to make lighting improvements.

The next, biggest lighting improvement will be multiple global lighting sources. Currently, it is either the sun or the moon, and this restricts our ability to render self-shadows.


With Microsoft Flight Simulator 2020 on the horizon, the level of terrain detail bar has been raised significantly. Before ED was the leader in this department on the PC. Is what Microsoft is achieving in MSFS 2020 helping at all to motivate ED to bring us more eye-candy to DCS visually speaking in the future? 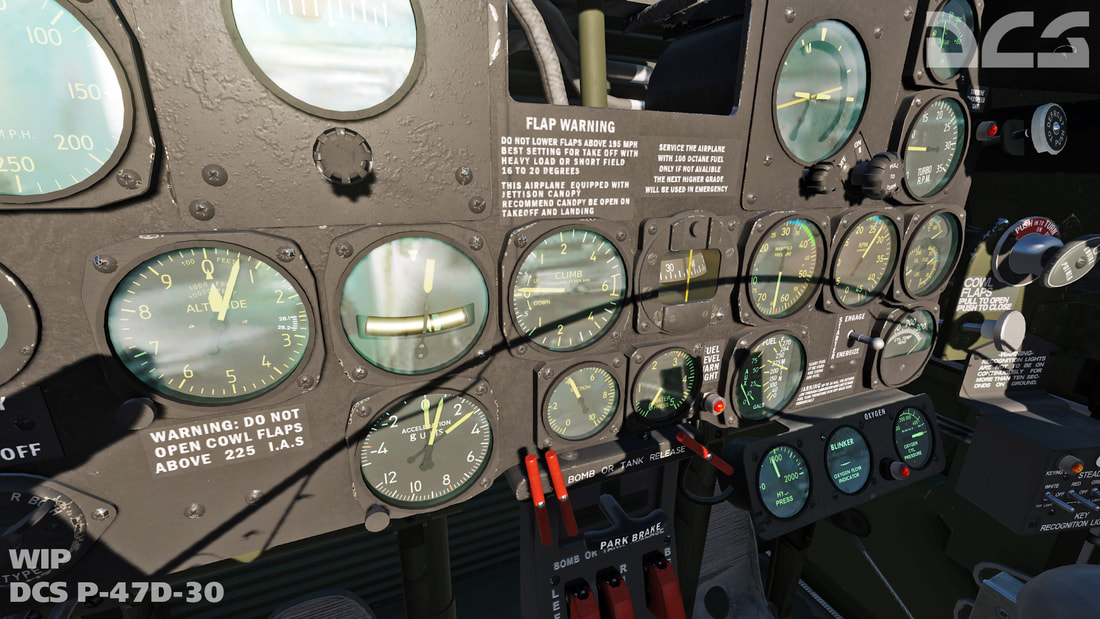 With the addition of a new WWII map “The Channel” coming, and the new Marianas Map on the way, plus the tweaks recently performed to the Normandy 1944 Map, P47 getting closer...What other things is ED doing making to make the DCS WWII enviroment more attractive?

Some of the biggest ones include the damage model system, improved AI, new units for the World War II Assets Pack, search lights, and we continue to improve the sighting system.

What ever happened with Modern Air Combat, and how does it fit in with the current ED business model, will it too have modules you can purchase to add to it, or will it be a self contained product like sims of the old days?

Over the past year, a massive amount of work has gone into Modern Air Combat in order to make it a very entertaining title. During this period, we have also expanded the scope and features of the product substantially. This has led to us push back its release date to sometime in 2020. Modern Air Combat will not be a DCS World product, but rather a new series for us that focuses more on action, gameplay, and a shallowing learning curve.

So if money was no concern, and you had an unlimited budget with no constraints...what module would Matt Wagner produce in a heart-beat, and why?

Probably the AH-64D Longbow Apache. Janes Longbow II was one of my favorites.


Outside of Vulkan, what ever happened to VR optimizations?

We did in fact make several optimizations, but the level of improvement was not universal for all players. We believe though the Vulkan API should bring across the board VR improvement for all.

What can you tell us about the “lighting” update?

Earlier we released version 2.5.6 of DCS World that included improvements to the lighting system. This is most evident at night when viewing the cockpits. In addition to cockpit lighting, overall world lighting appears more natural and balanced with improved tones.

Following this, our goal will be to further enhance world lighting by allowing multiple world-lighting sources. This will provide a much more natural and realistic appearance to the world.

Lighting is a very large and ongoing task.

How is the dynamic campaign coming along, and what can you tell us about it?

Work on the dynamic campaign has been underway for over a year, and the progress has been steady on this very complex task. We understand that this is one of the most awaited features in DCS World and we are giving it the attention it deserves.

We expect to start testing this feature in the latter part of 2020.


Are there any plans to add any TurboProp planes to DCS?

Will there ever be a way to tell how much fuel a tanker may have left?

Currently, the tankers do not have a fuel transfer limit.

Are there any plans to add more infantry troop models to DCS, like spec ops, etc?

Perhaps at a later point, but there are many older units we first wish to update and new units that will have a much larger gameplay value for DCS.

With the game paused, you can certainly Alt Tab and view the manuals. We have though been looking into better integrating a document viewer into the game shell.

I know the DCS community can be difficult, but is there any chance we can try to increase developer interaction with the community?

I think we already do an excellent job in interacting with “the community”. Between our forums, Facebook, Youtube, and Reddit, we are interacting and answering questions every day. We also have a weekly newsletter, product mini-updates, and a discord channel.

In addition to our very active community managers, our company owner, Nick Grey, and CEO Kate Perederko have been quite active. I also have been active on Youtube, Facebook, and the official DCS forums.


Are you aware that the "VR hands" are unusable because many switches move without clicking any button or squeezing the trigger, and is there any chance we can get that fixed?

The VR hands are very much a work in progress that we continue to update and improve. We are particularly interested in recent advancements in software-based hand tracking.

Will we ever see dedicated bomber modules in DCS World?

Certainly, at some point, and mostly likely a World War II bomber first. 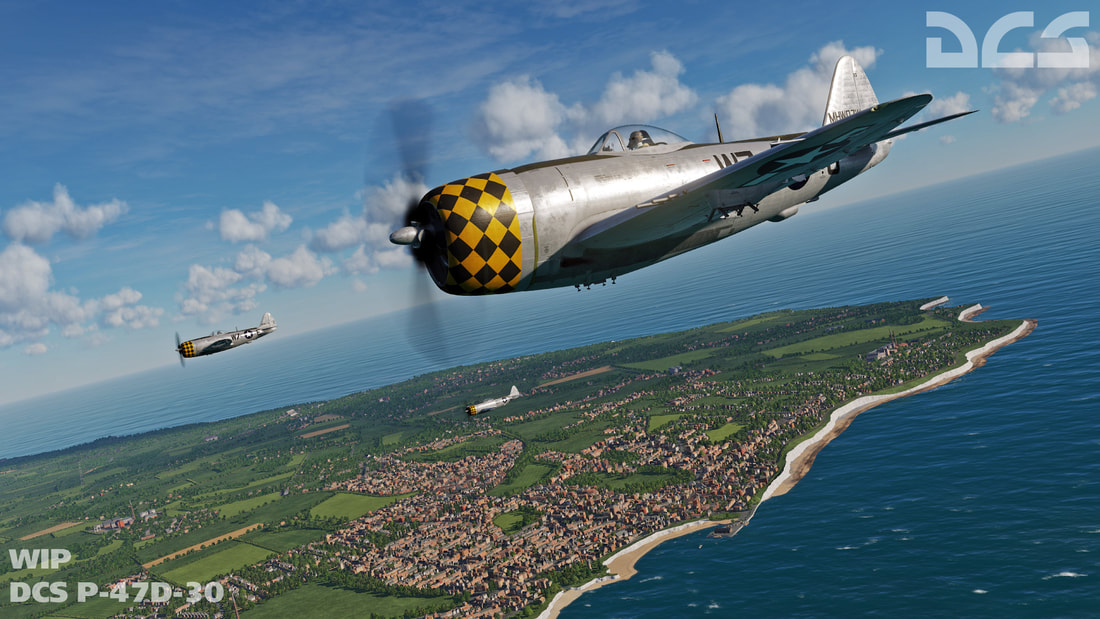 Be sure to check out my YouTube channel as well via any of the videos below, and feel free to Like and Subscribe to the channel while there...