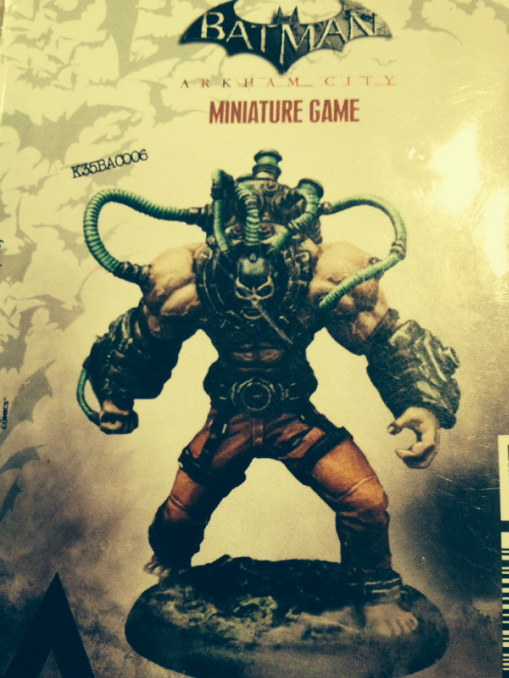 This is actually the one model of all the models in this range, which I really wanted the most. I was fortunate enough to have been given it for Christmas by my wonderful girlfriend. She's a keeper right? Anyway. This is Bane as he is depicted in the Arkham City video game.

The entire range consists of essentially 35mm scale models. However due to his overwhelming size in the game... this one happens to be quite large in comparison to the others. Therefore he is actually in scale with the other models in the range, because he's one big pumped up with Venom dude.

The model comes as 15-pieces overall (cast in white metal), plus what appears to be a 40mm base. Assembly for the most part is quite straight forward. The complicated part is when it comes time to attach the little hoses, which are supposed to pump the Venom into Bane's body. I almost forgot, he also comes with a stat card so you can play him in the Batman Miniatures Game as well.

To be frank... the three hoses to attach at his neck suck and they aren't molded properly at all! Part of the problem is that the metal Knight Models uses isn't actually pewter, so it gives far less than standard pewter model parts. The end result is... the hoses will break completely if you try to bend them into the proper position they need to be in too attach them to the model.

Thankfully I found a group online which suggested thick electric guitar string as a substitute, which is what I ended up using to replace the three largest hose pieces, all of which refused to fit properly without breaking when attempting to put them in place.

He's pretty thick model, and to be safe I pinned the forearm bits into place due to the weight. The rest of the model came together rather nicely, that is once I was beyond fiddling with the hoses. A little bit of gap filling glue did the job. I also opted for a different scenic base I had lying around.

There wasn't an overwhelming abundance of mold lines or flash to clean up either. For the most part he was a nice clean cast. Due to the hose issues I decided to assemble my model a little different. I ended up going with two hoses from the neck to the backpack piece, versus the three hose setup he was designed to accommodate. I also opted to use guitar string for the hoses going from the gauntlets to his hands as well.

I absolutely love this model. He's probably my favorite model so far from the entire Batman range from Knight Models. Granted I'm still not pleased about the hoses issue, but thankfully the thickest electric guitar string isn't too hard to come by, and works A LOT better overall than what they provided.

For roughly $32 it's a good buy too, because he is a big fella, and that's a lot of metal for the money. The retail I believe is somewhere around $40, but online he can be had easily for $32-$35-ish. They also recently came out with a new Arkham Origins version of Bane too, and it does look nice, but it will be hard to top this model for sometime to come. 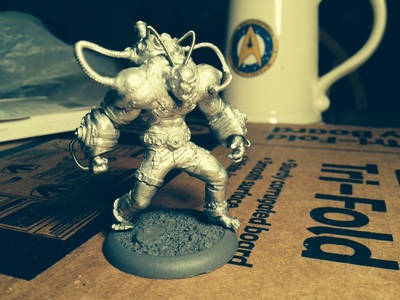 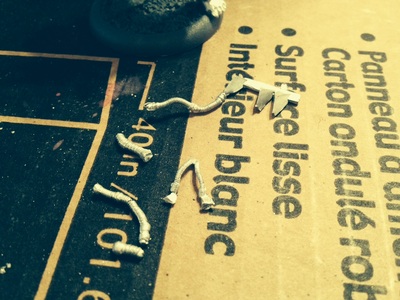 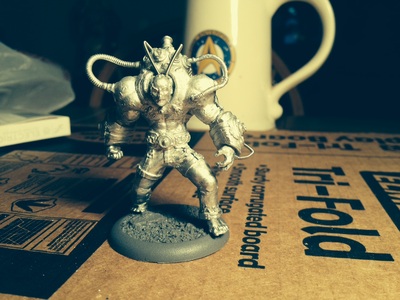 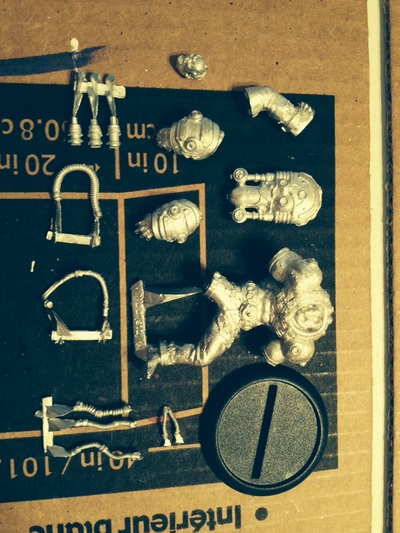 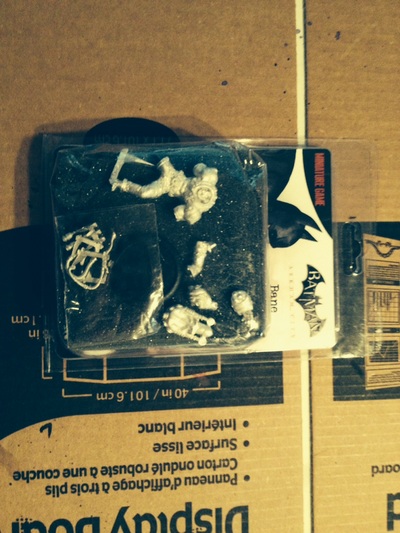 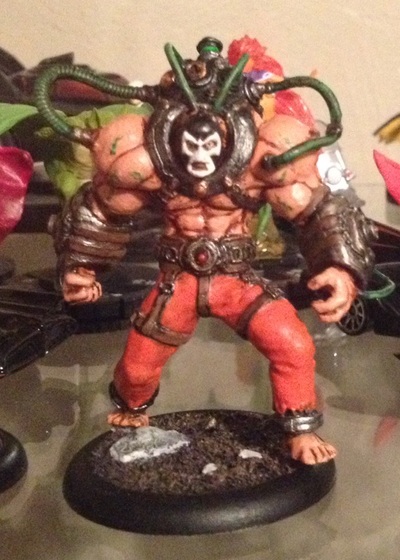 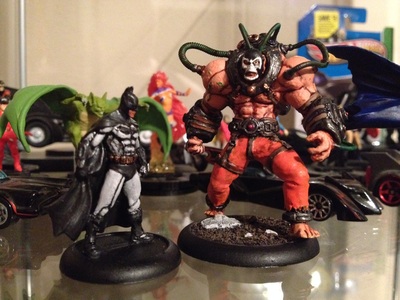 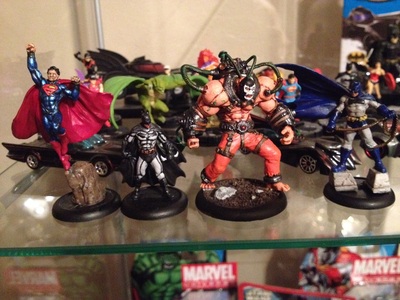