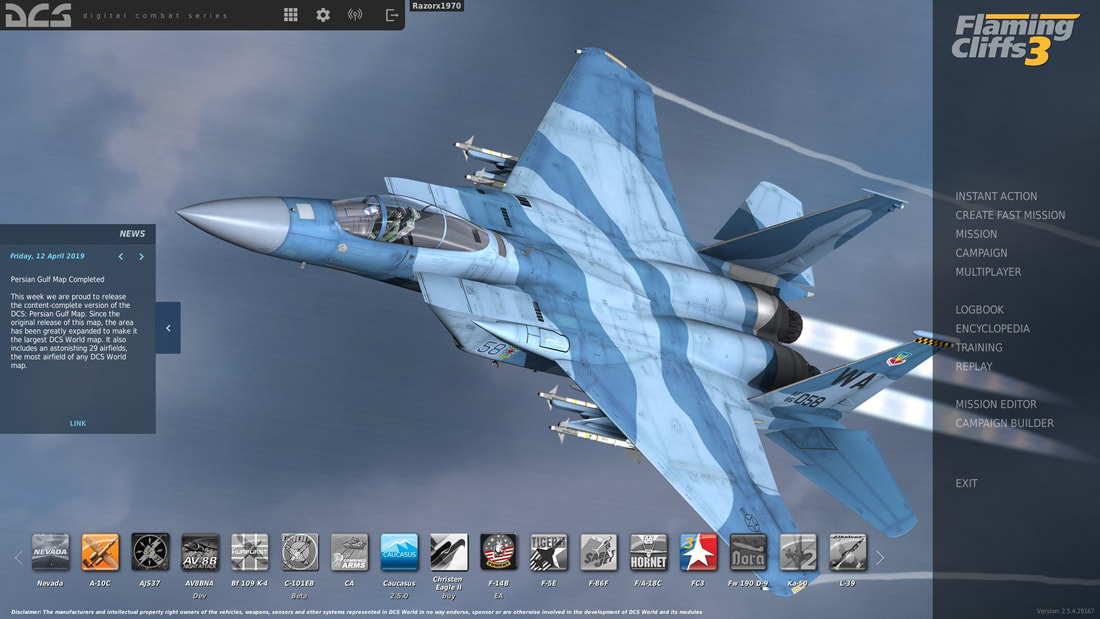 I still stand by what I said about DCS World. Out of the gate with no purchases what so ever.. it's just bland. The free Su25 and trainer Mustang (a Mustang that has zero weapon systems!) are just boring to piss with. They do give you a little taste of what may be possible, as the terrain does look great still, and the flight models are nice too, but there's only so much combat fun to be had in that single boring Russian plane made for ground pounding. Learning all of the systems in the Su25 is cumbersome too if you're used to flying US warplanes for decades. Other's mileage may vary, and I know there are virtual pilots who love that thing, but it's just not my cup of tea at all.


There's a lot of discussion about what the first purchase should be online between various DCS Facebook groups and DCS sub-Reddits. The consensus leans heavily towards the F-15C module. It's roughly $15 when not on sale by itself. On sale I've heard it can be had for as low as $8. I couldn't wait for a sale of course.


So I bit the bullet and snagged it. It just seemed logical to get a package deal, and even at the regular price of $50 it's still a good value for what you are given. Not to mention buying from the DCS Online store you can earn “bonus” cash, which can be used towards the purchase of other DCS Modules/Maps/Campaigns later. I ended up with a $10 credit with Eagle Dynamics by purchasing it at full price.


These aircraft aren't as detailed in terms of the depth you'll find in the stand alone F/A-18 Hornet and F-14B Tomcat modules for DCS either, but they're $80 each, and include the ability to click every dial, button and lever in the cockpit. These planes do however have realistic flight models and weapon systems. So overall they make great starting planes to get your feet wet with in DCS World. It's said that the Su-27 and F-15C are modeled as realistically as possible, and are totally comparable to the more expensive modules too.


The F-15 has always been a favorite fighter of mine. So it's no surprise that the F-15C was the first jet-fighter I dove into head first the moment my download was complete. Granted the C model is purely an air-2-air platform, but even by today's standards...it's still insanely formidable. To say I've had a blast in DCS World with the F-15C it is an understatement.


In terms of realism, or rather pilot workload is the more appropriate term... with the Flaming Cliffs planes you do perform simpler startup procedures. You're limited to turning on the power, spooling the engines up (independently if you want), closing the canopy, and then interfacing with Air Traffic Control (ATC) to request Star-Up, Taxing down the runway, and final permission to Take Off. So there's some realism to it still, it's just not as daunting and downright tedious as it is with say the A-10C, Hornet, Tomcat and other super in-depth modules that cost a great deal more. The FC3 models also lack the fully clickable cockpits, but still include fantastic high-resolution cockpit graphics.


Flaming Cliffs 3 also provides a series of missions for each of the aircraft. Giving you a nice little variety of Instant Action type scenarios like 1 v 1, 2 v 2 dogfights, taking off or landing on a carrier in the Su33, BVR scenarios for the F-15C, various ground strike missions for the Su25, etc. There's also 8 campaigns worth of content as well, all of which utilize the default map that DCW World comes with set in the Caucasus region.


The second air-frame I played with is the Su-27 Flanker. I flew the old Flanker sims back in the day. I was never really all that good at Flanker to be honest. After some stick time, I have to admit... it's now my second favorite plane to fly in DCS World from the Flaming Cliffs 3 stable! I find that I'm getting pretty good at the more limited range missile engagements, because how they modeled the helmet mounted sights to lock a target up. It's also really sexy to look at, and it seems like I can pull a lot more Gs in it before blacking out than I can in the Eagle. It flies sooooo nice too. I love it. It's becoming the plane I enjoy to just fly for sight seeing alone.


I'm yet to really mess with the A-10A, because I have had the original A-10C fully modeled simulation for years now, and only recently found my old key and plugged it into DCS World. And the Su25 just isn't for me. The MiG-29 I've messed with a little, and the Su33 I'm yet to do much at all with it. So essentially $50 was really well spent on Flaming Cliffs 3. I feel I've definitely already had my moneys' worth already, and I still have more planes and content left to master.


I also got $10 bonus cash from that purchase, which I just used a few days ago to purchase the Persian Gulf map module for DCS. More on that in another article, but it too is a real game changer for DCS. That's all I'll say about it for now. 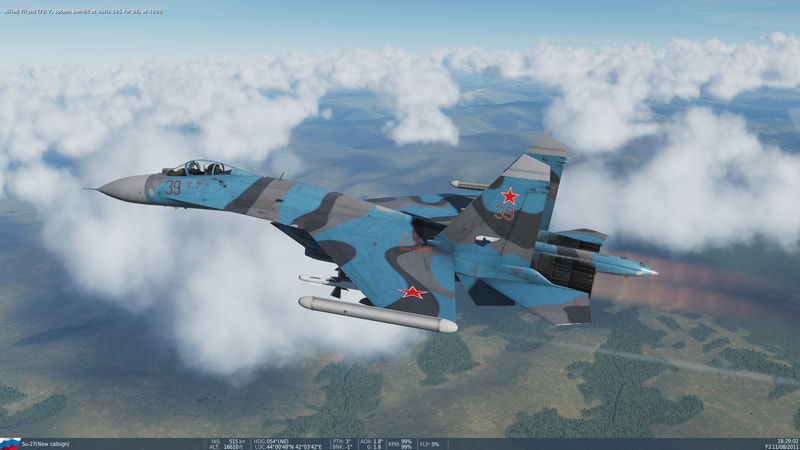 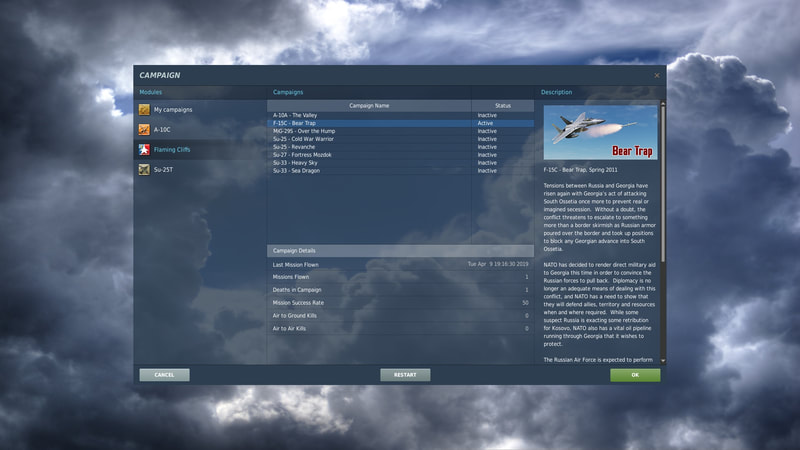 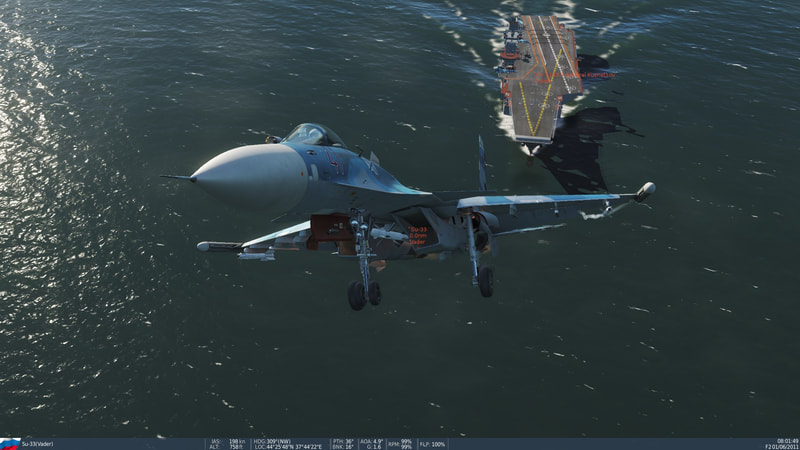 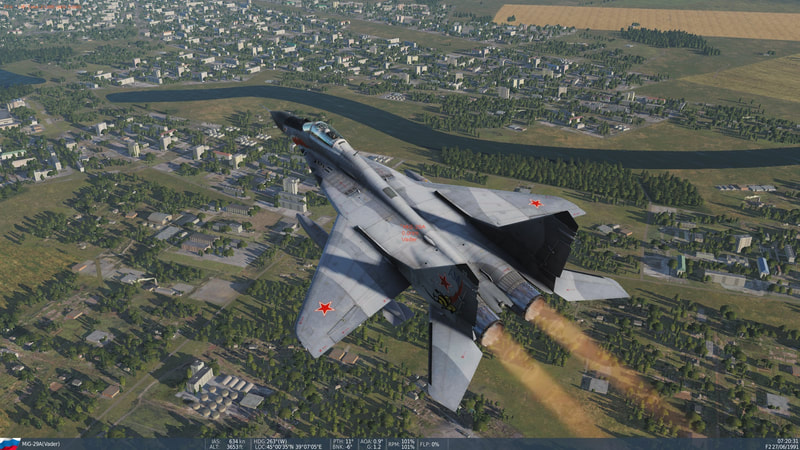 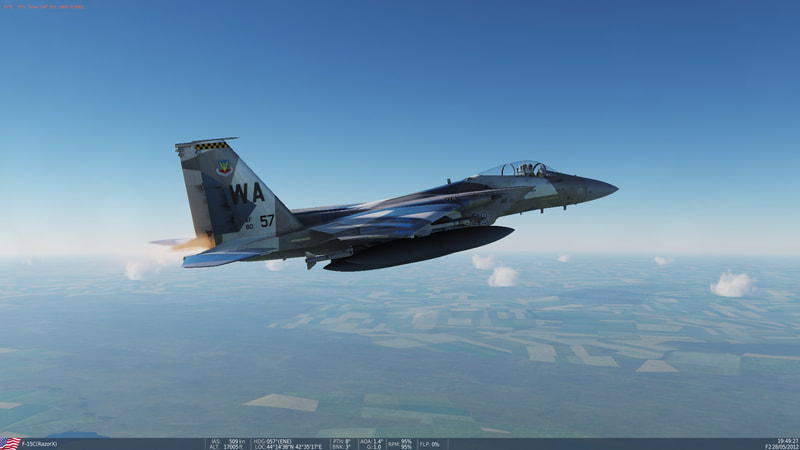 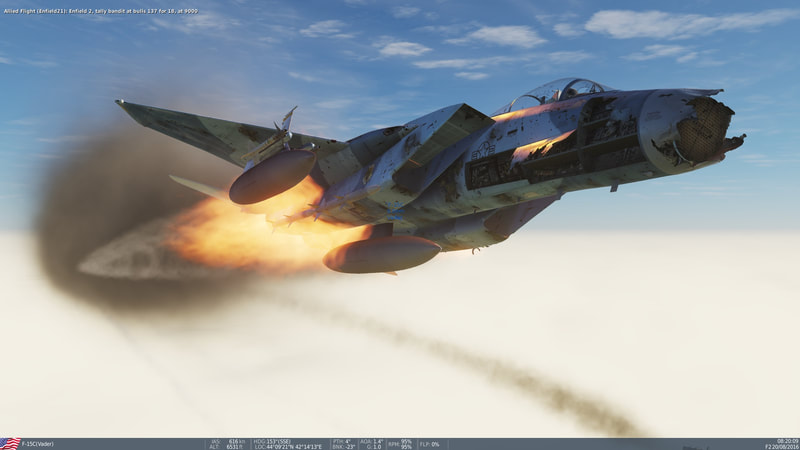 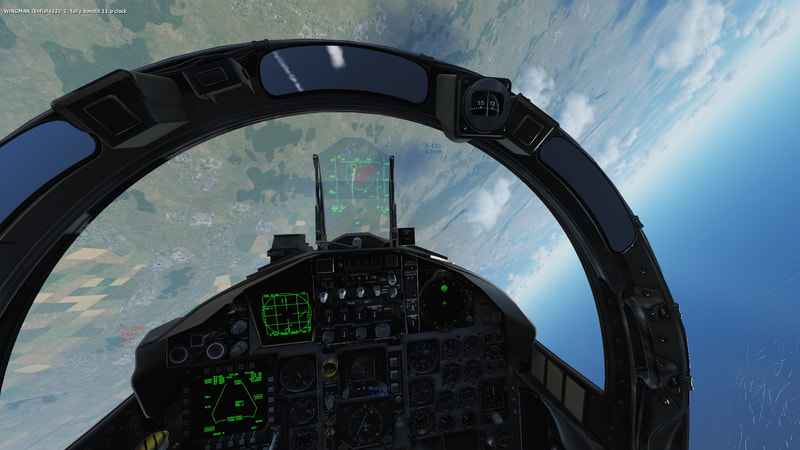 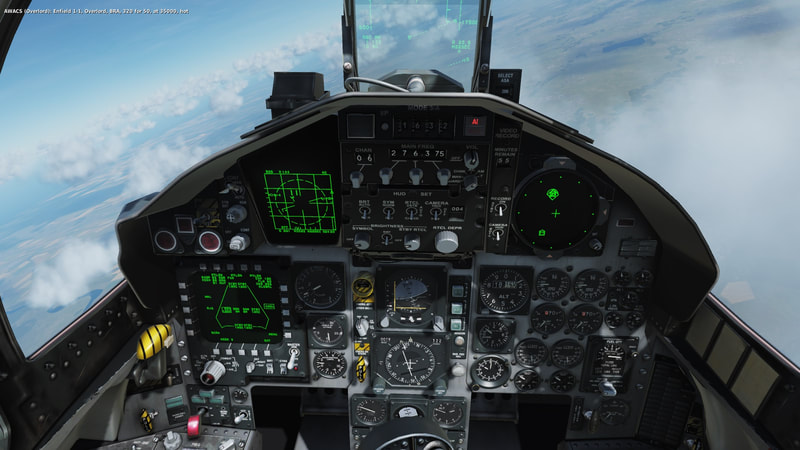 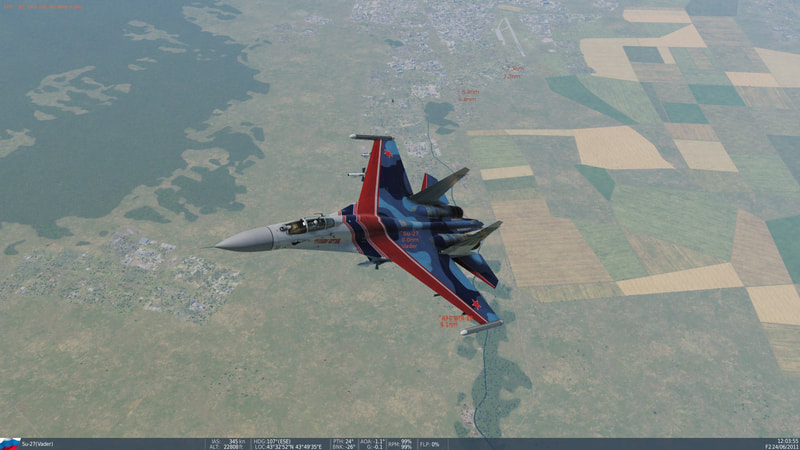 DCS World really grows on you. At first glance it's not that impressive. It really doesn't feel like a complete product either. Back in the day you bought Jane's Longbow 2, or Falcon 4.0 for example, and it was a complete product with an interface that sorta guided you through it, plus a compelling campaign, which left you with the feeling of accomplishing something as you made your way through.

DCS World is at present a sandbox simulation. It really feels like its up to you to find things to do. I think I've spent more time in the generator and instant action part than anything, because I still suck at landing, and I gotta land to complete the first campaign mission. I miss being able to hit the ESC key in the older sims to end a mission when it came time for landing. lol I'll get it eventually, but for now I'm enjoying flying and blowing shit up. Baby steps right?


While DCS World still feels a lot less like a completed product, lacking a laid out start to finish with goals and rewards, and a path to a follow up sequel product... it does feel like they have the environment, planes and weapons systems spot on. It's like they really have the most important part of it right. They're just missing the other half, you know... the part to tie it altogether into what could be the best military aviation combat simulation ever!


I know others are going to say... there are so many missions provided, there's a mission editor, mission generators, and even some campaigns worth of stuff you get with the modules, and others you can buy. There's also so many servers running online that you can log into and fly right now with hordes of real pilots in PVP and PVE scenarios alike. All of this stuff is completely true. I'm not bored yet by any means either.


While I still don't feel DCS World is a complete product, at least by the standards of the products that came before it... but damn it's got enough to keep me intrigued and wanting to login after work, and it has me challenging myself to be a better virtual pilot on a daily basis. It's once again really a good time to love flight/military/combat simulations.


Overall I think it's safe to say that for a few bucks you can really begin to see what DCS really has to offer. The F-15C is definitely the plane I'd recommend it over all others out of the gate, and at most it's just $15. I'm waiting for the next sale to get my hands on the F/A-18 now!


I also recommend reading my review from 2010 of LOMAC Platinum for more of an an overview of what Flaming Cliffs 2 and LOMAC was. Overall they plugged LOMAC/Flaming Cliffs 2 right into DCS World, tweaked it a bunch, gave them a graphical face lift for DCS World, and called it the Flaming Cliffs 3 module for DCS. This isn't at all a bad thing either.